The Imbalance Between Professional Privilege and Mental Health Stigma

Amongst political unrest, racial disparity, widespread economic uncertainty and massive unemployment, there have been some positives in 2020. The most meaningful change for me personally, is that mental health conversations have become more frequent and transparent in the workplace. There has been a noteworthy shift in the willingness to disclose struggles with emotional health issues, as well as with company culture and prioritization of emotional wellbeing in the workplace.

But let’s talk about how this essential conversation has evolved over the past three to five years and why this topic is so important. For those who don’t know me, I have had an unhealthy relationship with work for years. I’ve spent a notable amount of my professional career in high capacity positions which regularly demanded 14 hour workdays and 7 day/80+-hour work weeks. This obsessive, laser-focused career mindset consequently resulted in increased stress, neglected self-care, decreased socialization, and impaired sleep.

To further exasperate my already unbalanced life, I also experienced a number of considerable life events to include the separation from a partner, surviving Hurricane Katrina, a major change in my financial state, several relocations, a change in career, being fired at work, the death of a close friend, and a new relationship. In one year alone, using the Holmes and Rahe Life Stress Inventory Scale, my life event point values exceeded 425 (keep in mind that 300pts or more raises the susceptibility to stress-induced health problems to about 80% according to the Holmes-Rahe prediction model). Not surprisingly, after years of chronic stress and increasingly diminishing resilience, I developed situational depression. Left untreated, my new found mental health issue evolved into clinical depression and on my 52nd birthday in September 2016, after two previous failed attempts, I attempted to take my life by firearm.

In less than four months after the near-fatal incident, I returned to work against medical advice. In an effort to dispel any reservations about my mental competence, I immersed myself fully back into my standard work ethic which included nationwide work-related travel, all while the scars on my face were still fresh and before I could even enunciate clearly (as a result of my injury). My decision to return to work so soon was perpetuated by the fact I did not qualify for long-term disability because my injury had been self-inflicted. Facing mounting medical bills, to include a medevac helicopter charge in excess of $35k, the decision seemed an easy one to make.

At that time, I held a senior manager position versus my previous executive roles. Consequently, there was no fan-fare, nor accolades for professional bravery for returning to work. On the contrary. In the aftermath of my return to work, it became increasingly evident that not only did my employer’s management team lack the essential mental health and wellbeing training, they were completely ill equipped to ensure my safe and successful reintegration in the workplace.

The Benefits of Professional Privilege

Flash forward, on another end of the professional spectrum, nearly four years later in the spring of 2020, Lenny Mendonca, abruptly stepped down from his role as the former chief economic and business advisor to California governor Gavin Newsom. Months later, he bravely went public as to why he had suddenly resigned from his position. After an overnight hospital stay and a battery of tests, Mendonca was diagnosed with severe depression and anxiety. Despite this knowledge, he returned to work and was right back in the hospital within a day of his resignation. Months later, in a personal column, he divulged his struggles with depression and went on to discuss the pervasiveness of mental health issues in our general population.

While his story is poignant and a vital one to share, it leaves me to wonder if these accolades of professional “bravery” are reserved for high profile individuals in government, in the corporate sector, or for professional athletes or entertainers – in which there appears to be limited professional ramifications. Even according to Mendonca, he had “executive seniority that reduced the potential professional harm of speaking out.” As he goes on to state, “The majority of people suffering with anxiety and depression do not have these privileges.”

Why is this Important?

So, amidst the growing focus on mental health related to the coronavirus pandemic –  yes – it has created the urgent and overdue space to discuss behavioral health at large. Yet we still have yeoman’s work ahead of us when it comes to destigmatizing professional shame and its impact on one’s career and personal economic stability – especially when it comes to front-line employees.

To really have a meaningful dialogue, we need to meet people where they are; elevate and listen to their stories and the collective insights from those with less professional and financial privilege, those from underserved populations, and those from different ethno-cultural communities –  in order to truly open the possibility of change. Real change requires more than lip-service to extinguish the discomfiture and stigma associated with having a mental health illness. We need to change the way people view mental health as a disease, their attitudes, and behaviors.
This is a deeply human and emotional conversation; one that employers need to have in order to identify how they can apply this to their teams, what it means for their business and how they can support their employees on their journey towards increased resilience. As Jason Forrest, a data visualization expert in McKinsey Design, states, “I hope that it helps reinforce that people matter. Our emotional and mental wellbeing matter, in many ways, so much more than the bottom line. That kind of sense of awakening of what really matters to each of us should also be something that we consider in our business lives, as well. We should really focus on what matters.” 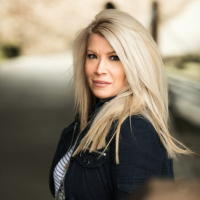 In addition to her 17 years in higher education, DeAnn holds certificates in mindfulness, meditation, and reiki. She is a Transformational Breath Facilitator, as well as a Registered Yoga Teacher (RYT200). DeAnn has been Narrative Coach trained and is a certified Brain-Based Coach from the NeuroLeadership Institute, a coaching approach rooted in contemporary neuroscience, using the latest insights into how the brain works to create yet more powerful, positive and transformational changes for the coachee. She lives in Alliance, OH with her husband, and their adopted rescue Yorkie, Emerson.

Poor Listening In the Workplace

Do Your Managers Conspire, Aspire or Inspire?

Are we friends on social media, yet? Use the buttons below to connect, then join my list!
Facebook-f
Twitter
Linkedin-in
Instagram
© Copyright DeAnn Wandler-Vukovich. All rights reserved.
0shares